The story of constructing and working with a chookhouse gardening system

Combining chookhouse and glasshouse is one of the classic permaculture examples of stacking functions, closing loops and all that but not something I had ever come across.

It makes sense on a lot of levels:

Sometime in 2015 we decided to give it a shot since we were sick of cleaning out the dim and smelly interior of the chookhouse. For 6 years we had been using a single bay of an 8 bay piggery. Concrete pad with concrete block walls about 1 meter high with a wooden frame clad in corrugated iron on top of that.

Having an existing building was a great start but limited us in some ways.... however, I find limits often bring out the best creative results.

Since plants don't stand up to constant chicken exposure it made sense to use the chickens to prepare to 'garden' and then move them on, following with plants. By reskinning the north side of the shed in corrugated plastic and partitioning the interior with netting we created 4 distinct but identical areas. We then partially blocked the original door holes that led outside to the enclosed area and added closable flaps so we could control which of the bays the chooks could access.

The way we use it is to have the chooks roosting in one bay with a couple of movable perches. Manure is covered with organic matter from time to time. Once the material on the floor has built up sufficiently it's time to move the chooks to the next bay and plant something. We in cases where we have added soil we can start with almost any plant me might want to grow indoors. If there is no soil then we start with potatoes.

Chooks can be allowed back into previous bays where there is garden when we need their action to prepare for planting something new. We are just finishing up on the 4th bay and almost ready to come back to the first since the initial pass is slow, taking time to build up the soil. The rotation process would go faster (probably) when all 4 areas are gardenable.

Partly because of the nigh nitrogen load from the manure and also because I happen to be a big fan of using rotted wood in the soil for moisture retention, in one bay we included a number of old pine rings. At some point these got infested with huhu grubs which devoured the wood turning it wonderful powder before being consumed by the chooks.

One minor drawback is that this setup gets extremely hot and dry in summer and so we tend not to use the gardens at this time. Since we don't really need the added protection of a plastic house in summer it's not a problem but it does mean we can't grow permanent shrubs... I relocated the dwarf citrus when I realised it wasn't a good situation. Perhaps with some complex watering system and venting it could be managed....

Additional information for Constructing and working with a chookhouse gardening system 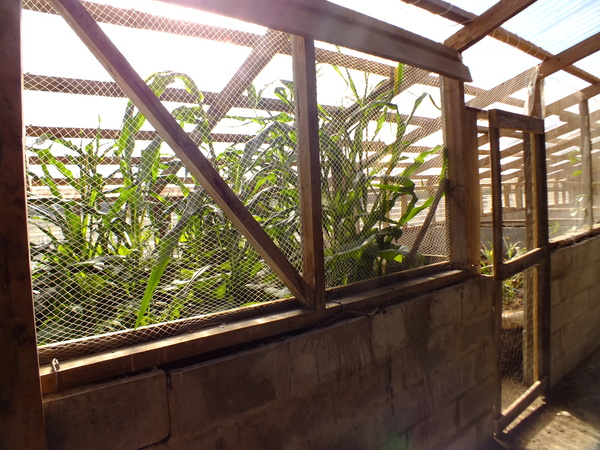 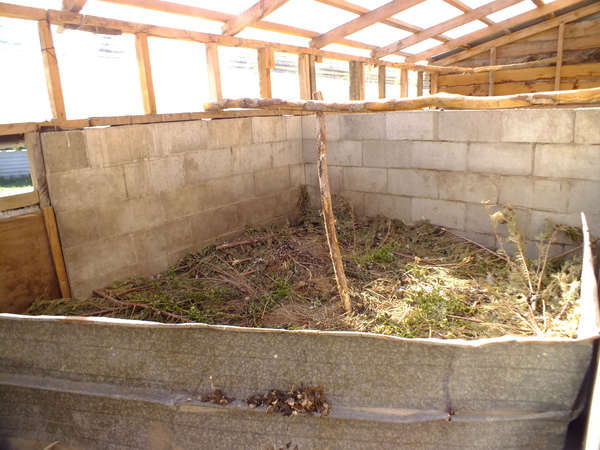 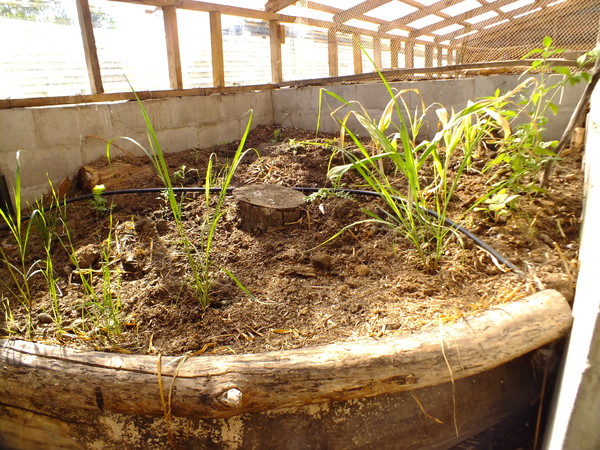 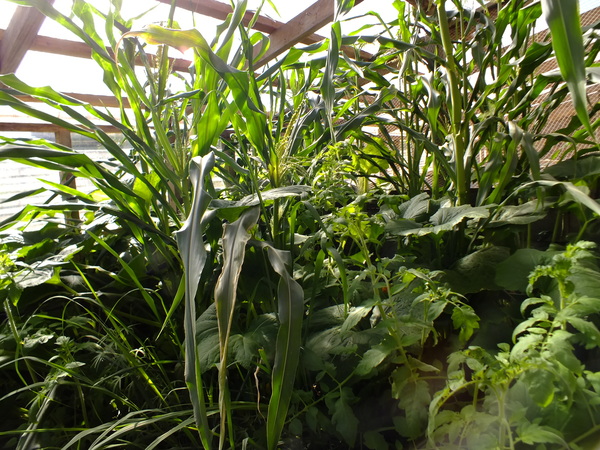 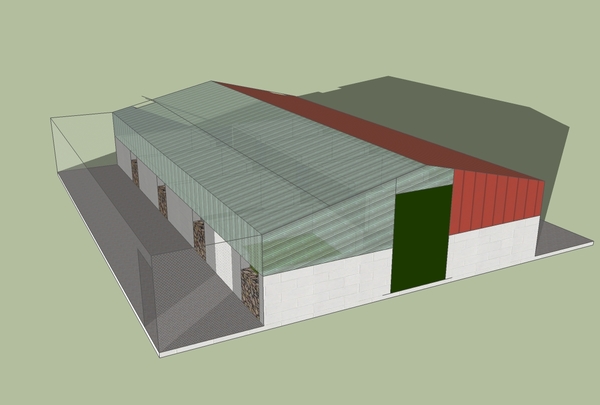