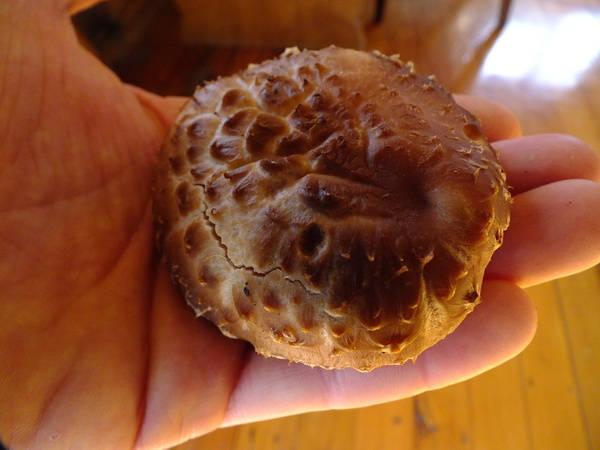 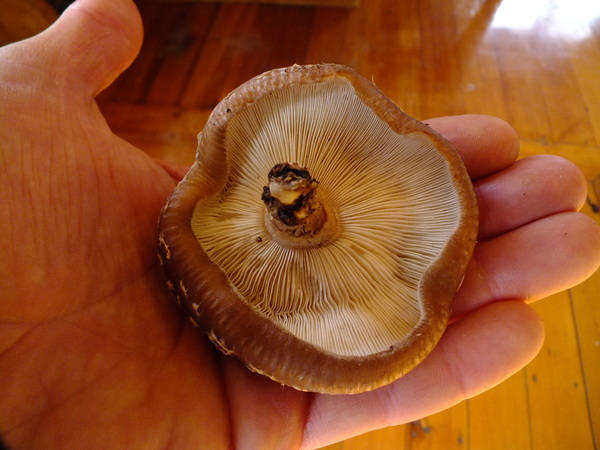 Finally, after several years of waiting, shitake mushrooms are sprouting from the logs. I inoculated these fresh willow logs using the wooden dowel method and kept them in a damp shady location, checking periodically but as time went by and nothing happened, the logs inadvertently dried out and I assumed it was a failure. I ended up partially burying the logs as part of some minor earth works near a small pond. Surprise when month later mushrooms began popping. So harvested and ate.
fungi  harvest