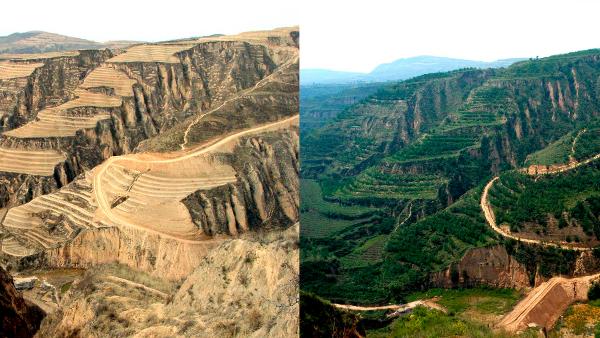 Home to more than 50 million people, the Loess Plateau in China’s Northwest takes its name from the dry powdery wind-blown soil. Centuries of overuse and overgrazing led to one of the highest erosion rates in the world and widespread poverty.

Two projects set out to restore China’s heavily degraded Loess Plateau through one of the world’s largest erosion control programs with the goal of returning this poor part of China to an area of sustainable agricultural production.
land  water  terracing