The King is Dead!

After following a trail of feathers and matted down grass, his body was discovered at the base of the hill. Evidence of a ferret-style chook-icide included excessive damage to the neck and loss of blood to the comb. The remainder of his body was relatively intact, with moderate feather damage.

We have since crowned a new rooster King...one of the 3 young brothers. The other 2 roosters will make a tasty meal. We had to do something quickly to stop the battles that had begun amongst the 3 brothers. There had been bloodshed and fighting, as they struggled for power.

The new rooster is now practising his 'cock-a-doodle-dooooo!' He is getting better each day. He also makes the sound to warn the hens when the cat is approaching. With time he will become a strong leader.

It has been a bit of a tragedy for the hen community, but they are pulling together and joining forces now by sleeping in the same chook house and free-ranging together during the day.

The original King will be fondly remembered for his regal appearance and loyalty to his hens. His body was laid to rest in the compost heap and will contribute to the general health and productivity of the garden. 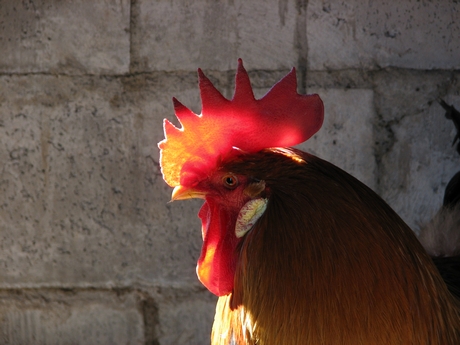 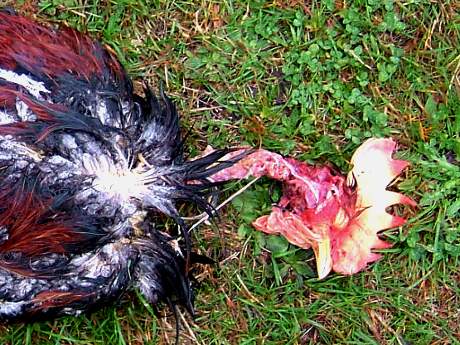