Who is this Olmec character?

All you wanted to know about the man behind the madness but were to ashamed to ask...

Having grown up in rural New Zealand on a small organic farm with no electricity, low impact living was an obvious choice but not one I had really contemplated until about 2005.

I had lived in several cities since leaving home to study at high school. The urban lifestyle was exciting and was, at the time, a prerequisite for my career path into software and web design. After some time I decided to get outside my comfort zone and embarked on the obligatory overseas experience.

During my travels I encountered poor people, unfortunate conditions of over population, pollution and conflict yet almost everywhere a strong sense of family and community. This inspired me to return home with a new appreciation for the fantastic privilege we have here in New Zealand.
At first I just fitted back into my old life in Wellington but the more I looked about the more I realised that this experiment called civilization that we have come to take for granted is headed for rough times and possibly the rocks.

It became evident that serious issues like species extinction, peak oil and climate change pose an enormous challenge to humanity and that even minor disruptions to our 'just in time' way of life would have severe impacts on city living.

So I worked hard and kept my eyes peeled for a suitable location that might shelter me from the coming chaos. I wanted to be able to garden, raise a few animals, avoid rising sea level and generally attempt to survive the converging catastrophes of the 21st century. 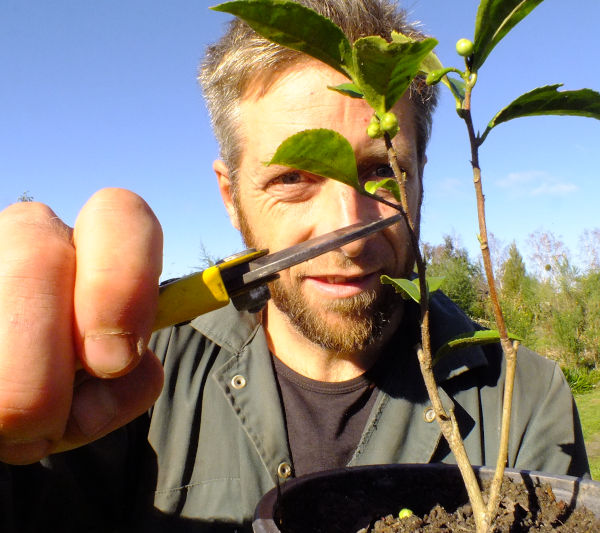 Having grown up on a small organic farm in North Canterbury, I have a lifelong connection to land, gardening and ecological awareness.

In 2005, seeking adventure, I left my Wellington life and software engineering job behind and went backpacking through Australia and into South-East Asia. For 8 months I worked and travelled, gaining a new perspective, first hand, on other ways to live, different value systems and the nature of our expectations. Poor, remote villagers always seemed so happy in their simple lives and displayed an evident commitment to family, community and place.

Over the next 4 years I began looking into the consequences of human settlement and our impact on our surroundings as a result of our attempts to globalise a techno-industrial capitalist system. What I discovered alarmed me and galvanised my direction to begin preparing my life for the future I saw coming.

In 2009, My wife and I transitioned from city dwelling office workers to rural, self employed lifestyle entrepreneurs.
Since then I have been researching and implementing more sustainable ways of inhabiting the land and extracting a yield.
I still work with computers to solve problems and have taken that way of thinking about multiple, interacting, complex systems and applied it to everyday life. When I'm not running about in bare feet, I'm in front of the computer building websites. (Someone's got to pay the bills)

Gradually I am developing my understanding of natural systems and how they can support human needs while organising the assorted solutions to share with the rest of my species. I see this as the great work of our time, to reinvent ourselves and our culture for the better.

Olmec and The Simpsons

From the episode 'Blood Feud' back in season 2 where the Simpson family receive an Olmec head as a gift from Mr Burns for Barts life saving blood.
simpsons.mp3 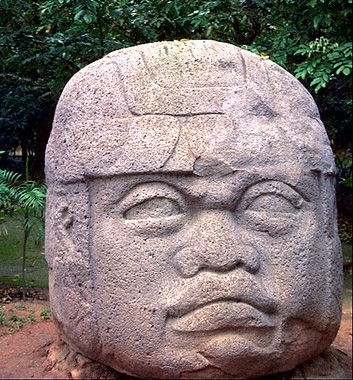 People make all sorts of wild guesses about the origin of my name. I can count on one hand the number who have known correctly.

For those of you who are not sure, the Olmecs were a culture of ancient peoples inhabiting the East Mexico lowlands around 800 BC. They are often regarded as the Mother Culture of later Middle American civilizations and are famous for their colossal carved heads.

In a strange twist of fate, it turns out my wife, whose grandmother is Salvadorian, may have a trace of Olmec ancestry.
Learn more about the Olmec people

Building websites to pay the bills

I specialise in producing affordable websites and online software solutions for business. Since 2001 I have been working with small to medium sized business to design and deliver content management systems (cms), client relationship tools, online retail and accounting.

This ties in well with my rural lifestyle, allowing me to work flexibly and remotely. Visit the website to learn more, view examples of my work or get in touch to discuss your project.