While not anti-technology, we aim to create solutions that work with natural systems and processes rather than deploying technological 'fixes'. The key is achieving the right balance by weighing the costs and benefits of each technical component.

All technical 'solutions' include complexity in knowledge and parts, upfront and ongoing costs along with wear and tear and eventual replacement. Complex technology fosters reliance on the technology itself as well as on a centralised and distant industrial system for production, repair and support. 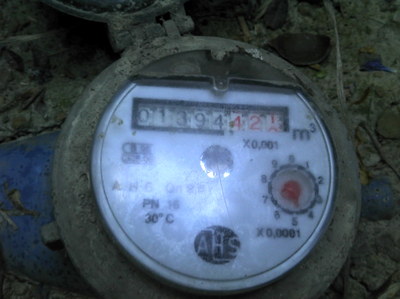 Modern civilisation is a marvel of complexity. An extensive array of entwined and interdependent systems that, when functioning, deliver something much greater than the parts. Unfortunately, complexity isn’t without its failings and is polar opposite of resilience.

It’s easy, as a member of this complex civilisation, to unconsciously introduce complexity into our own projects. The insidious thing about complexity is that it brings with it ongoing support and maintenance which consumes time and resources and in many cases entices the application of further complexity.

Before embarking on something new it is well worth considering what future commitments are required to ensure its continuance. This can then be weighed against the alternatives of less complex solutions or perhaps the simplest of all, doing nothing.

The ability to endure changes in circumstance is highly valuable and often the first casualty of the modern drive for efficiency. The current era is likely to be dominated by change (climactic, social, economic) making resilience an essential component to personal future planning.

From the standpoint of resilience, technology is less of a panacea and a potential millstone. 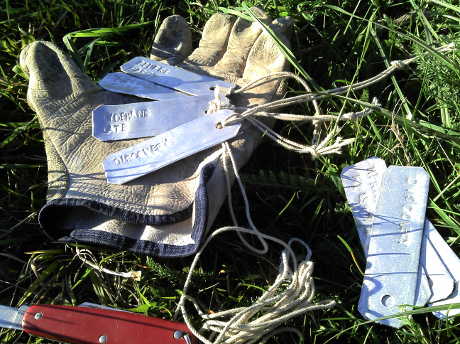 While I have a detailed planting map in the computer, it is useful to be able to identify trees out in the real world so I made these metal name tags using sheet aluminium. The names are stamped out using individual letter stamp / punches.
tree  technology 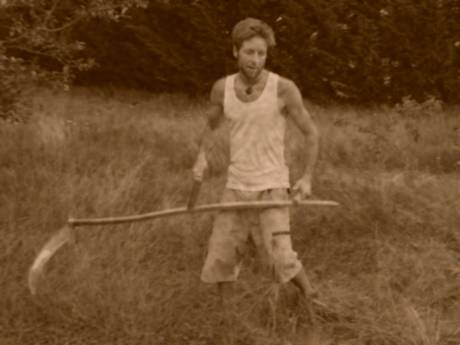 Trying out some rustic scythe techniques in the orchard. No noise, no smell, just good old fashion manual labour.
The scythe is best known as the weapon of choice of the grim reaper, basically a long, curved metal blade on a wooden pole with handles. Traditionally used for mowing grass and harvesting cereal crops, the scythe has a long history in agrarian (and revolutionary) societies.
scythe  grass  tools

Using water to pump water, now that is cool! I have been building a small ram pump for lifting water. The design uses off the shelf components assembled and then cast in concrete.

Overview: Water from a small creek enters a screened intake and is carried via 32mm polythene piping. This has a drop of perhaps a meter over about 70 - 80 meters. This connects to 18 meters of rigid steel 25mm pipe which drops a further 10 meters to the pumping unit. The outlet from the pump delivers water via 15mm poly tubing up to an elevation of around 30 - 40 meters.

While the device works technically it has a number of drawbacks: 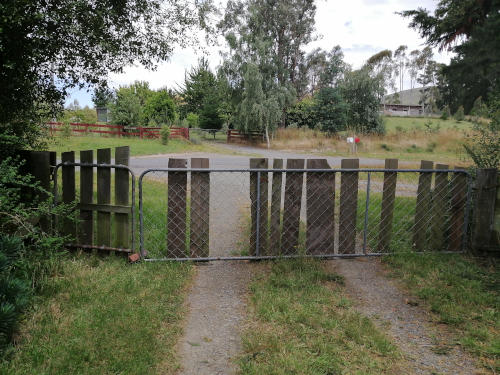 Details  Another use of that glorious construction material, old irrigation pipe.
The old gate was heavy and difficult to open and while it technically worked to prevent wandering stock from entering off the road (if it was closed) there were a number of factors that motivated me to fabricate a replacement.

By using several thickness pipes and threading the thinner vertical pieces through holes bored in the horizontal elements we have a reasonably robust assembly secured together with 200 stainless steel screws.
Tags    pipe  construction  recycle

After trying various different 'eco' lawn mowing solutions we were struggling to find something that could live up to our expectations. Our latest attempt is so far proving quite satisfactory, despite my misgivings about battery powered tools capability to deliver enough power. Introducing the STIHL RMA 410C A quiet, exhaust free way of keeping the paths under control.
lawn  electric  technology 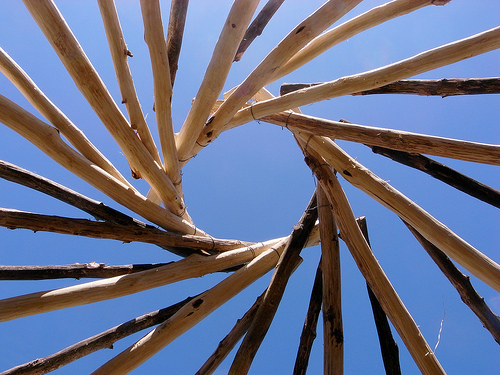 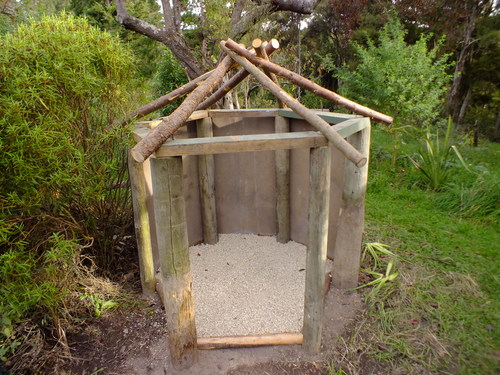 Something I'd been planning to do for a while. Not a big project, just needed to sit down and work out the basic dimensions and materials then throw it together. The main features are a reciprocal roof consisting of 6 beams supported on 6 poles for the walls. Some metal sheeting on the rainy, windward side and chip limestone on the floor. Rubber roof membrane with ferocement to top it all off.
View 4 photos 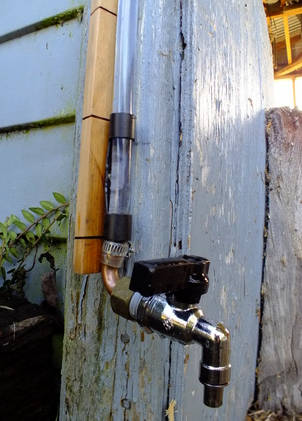 Our high tech, digital rain gauge device finally failed and rather than replace it with another complex 'solution' I decided to construct a more basic, traditional instrument, only on a larger scale. Essentially this is just a funnel that intercepts and collects a given area of rainfall and concentrates it in a narrow tube, magnifying the results for easy measuring.

I purchased a cheap stainless steel funnel with a diameter of 52mm connected to 2 meters of clear plastic tubing with a diameter of 12.5mm.
The ratio of cross-sectional area between the two diameters is 17 so each 1mm of rainfall gathered by the funnel displays as 17mm in the tubing.

The tap at the bottom is required to drain the gauge after each measuring period.
rain  technology 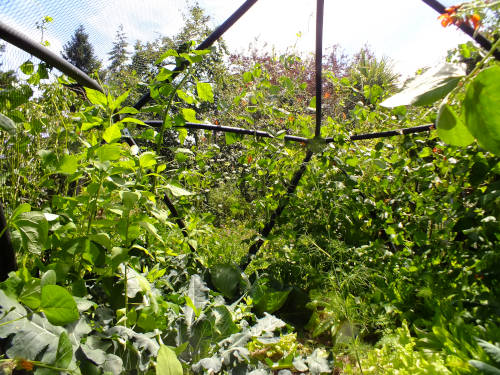 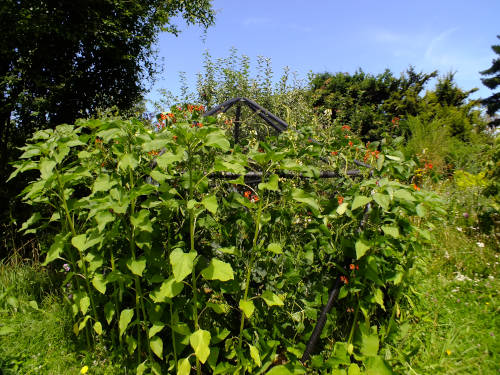 Details  It's always nice to have a protected are where birds can't interfere with the growing of produce. We have tried numerous techniques and constructions over the years. One that looks promising (and cool) is this geodesic frame made with starplates, polypipe and plastic netting.